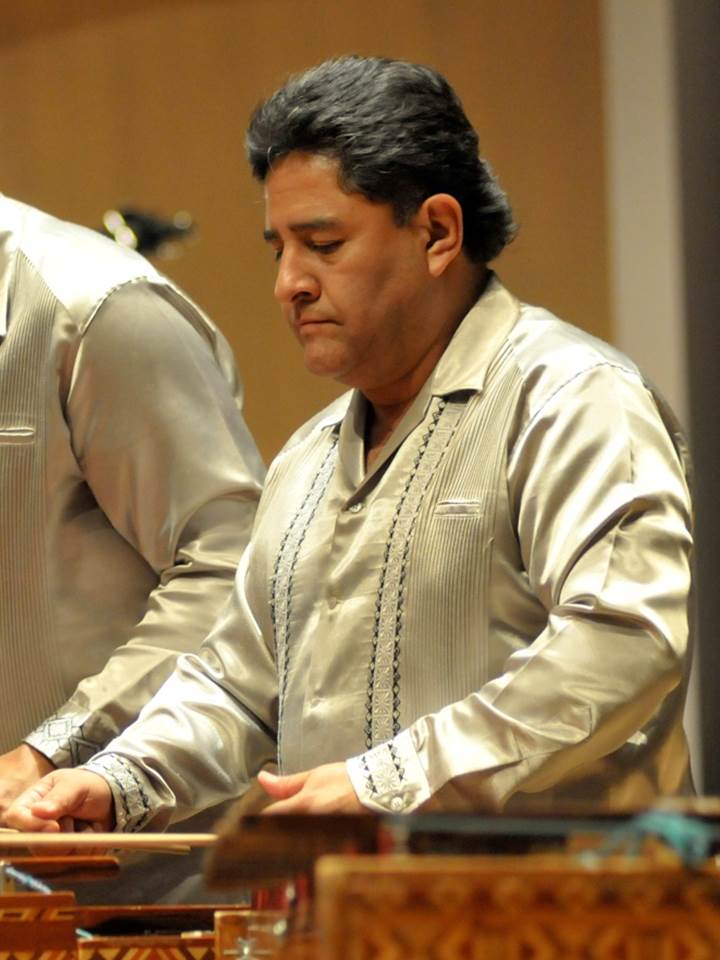 He began his career as a drummer, accompanying his father Zeferino Nandayapa in various social events at age 12. In March, 1973 is when he joined the musical organization of his father, who with his advice formed his own group of versatile music “SOUND 13” along with some members of the Nandayapa dynasty like his cousins ​​Alejandro and Alberto, whose field of work mainly focused on the Jewish community established in Mexico City with whom maestro Zeferino had wide acceptance.

With this group he made many recordings accompanying artists, especially singers such as Miriam Núñez, Amparo Montes, Carmela and Rafael, among others.

In 1976, together with his brothers Norberto and Mario they began palaying at MARIMBA NANDAYAPA group. They debuted in April ’77 at the Carrillo Gil Museum in Mexico city, since then, they began to reap successes such as obtaining the 1st. Place in the Magisterium Chamber Groups Contest organized by the S.E.P. (Public Education Secretary), where Zeferino served since 1970, and later his sons did. Already the Marimba Nandayapa group as a family, in 1980 they traveled to Dominican Republic and Costa Rica, and later to Canada, the United States, Austria, Spain, France, Germany, Switzerland, Japan, Colombia, Sweden, Belgium and Denmark, among other countries.

Between 2004 and 2010, when he was working for the school “Pedregal Institute”, He was proposed to carry out a project as coordinator of the PEDREGAL CULTURAL WEEK in which he had the opportunity to present at least 10 shows each year to the student community, focused to young people of Kindergarten, Primary and Secondary schooll, as well as to their respective families, presenting from the IPN String Orchestra, La Guelaguetza (Oaxacan roots) or theater performances with actors such as Miguel Pizarro or Alberto Mayagoitia, etc.

In mid 2014, he joined again with his brothers Javier and Norberto, with whom they participated as a soloist group with several Symphonic Orchestras such as the National Symphony Orchestra, the National Polythechnic Institute and the Choir and Orchestra of the Navy Secretariat of Mexico in 2015 .

Currently he continues with his brothers promoting the Marimba’s Legacy of Zeferino Nandayapa.